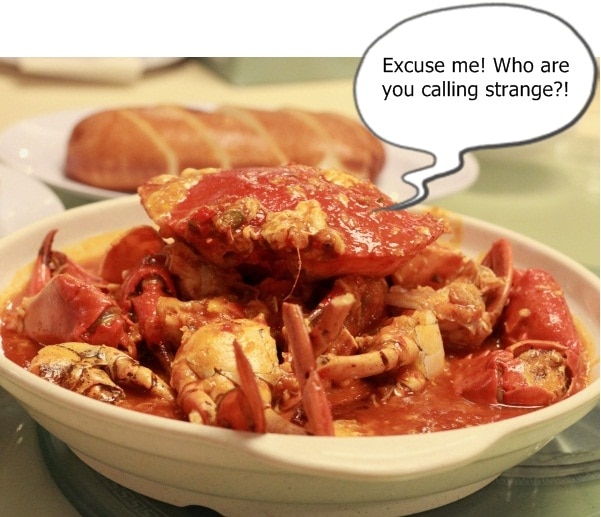 A few weekends ago, I met up with some friends for a veritable seafood feast. After wrecking our nails picking at the crabs, and satiating our appetites with an assortment of goodies that included fried squid and tofu, we got round to discussing strange things we’ve eaten.

Believe me, some of it was very strange. But I was thinking and thinking and although I’m very adventurous with food, I could not think of one thing that might be considered strange.

At the end, I settled for Silkworm Soup. I saw it on the menu at a Korean restaurant, and ordered it. The soup was a little murky and tasted a little strange and musty. I think they added some herbs in there. The silkworms were at the bottom of the bowl and although I peered at them, I could not bring it anywhere near my mouth. My brother in law happily munched away at them and had an almost immediate allergic reaction, breaking out in hives which was quite scary. He’s an adventurous sort, but he’ll never go anywhere near silkworm soup ever again.

So that’s my story. What’s yours?

Your Say: What’s the strangest thing you’ve ever eaten?

Oh before I go, here’s a gratuitous picture of a delicious appetizer we had too. I wish I’d had cleaned off my hands to take a picture of the salt and pepper fried squid because THAT is mouthwateringly good! 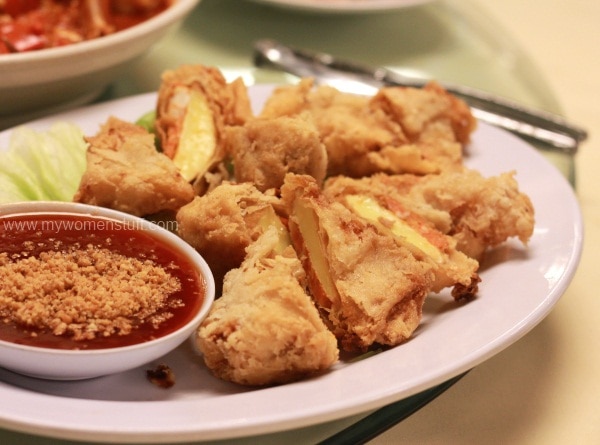 p/s I actually had this post prepped to go before I went on holidays, but I didn’t feel right posting a picture all about food during the Ramadhan month so here it is. Salivate!