Kiehl’s, to give it its full honorific is Kiehl’s Since 1851 and when you do your math, that makes them 160 years old this year. Before it became a worldwide phenomenon, Kiehl’s started out as a little apothecary (pharmacy) in the East Village of New York, giving personalized service to their customers. 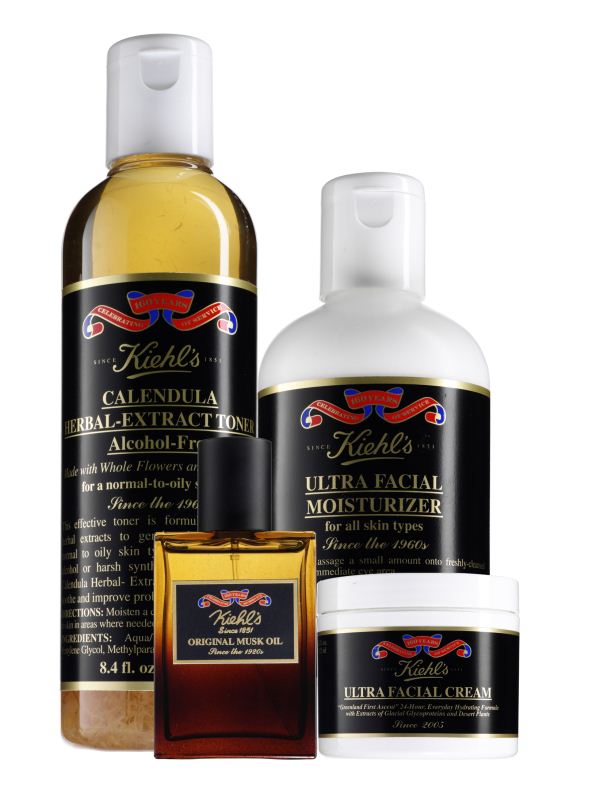 To celebrate 160 years in existence, from a little pharmacy to having stores and counters worldwide, Kiehl’s has packaged four of its historical formulas which are customer favourites, in elegant limited edition black and gold packaging. Interestingly, out of the 4, I have only ever tried one – the Ultra Facial Cream and even then, I prefer the new Oil Free Ultra Facial Gel Cream :) Still, here are some details on this items.

Kiehl’s says that this “love oil” is a cult classic. The Original Musk Oil is believed to be the first musk scent to be offered to the public and has remained popular as a unisex scent. Funny, I’ve never come across this one before, have you?

The Ultra Facial Lotion is a Kiehl’s favourite. This lightweight face moisturizer is popularly used among Hollywood makeup artists. The Ultra Facial Cream, a thicker version of the lotion went on a Greenland expedition to the Arctic and kept the explorers’ skins chap free. I don’t think many creams can make that claim.

This is a toner I’d been wanting to try for a long time. I went to the Kiehl’s store intending to pick it up once, but the sales person talked me into getting the cucumber one instead. The Calendula Toner is derived from handpicked Marigold flowers and is known for its soothing and refreshing properties and for toning oily skins. Perhaps the oily skin element is what told the SA that it wasn’t for me since I’m not exactly an oil slick.

Now, which of the 4 Kiehl’s classics have you tried?