I was up in Penang – the Pearl of the Orient – during the week for work and as things got done early, we decided to go a bit of local sightseeing and head to Penang Hill, also known as Bukit Bendera. Its been years since I’ve been up the hill which is famed for having a funicular railway to take you up the hill – about 700+ meters above sea level. 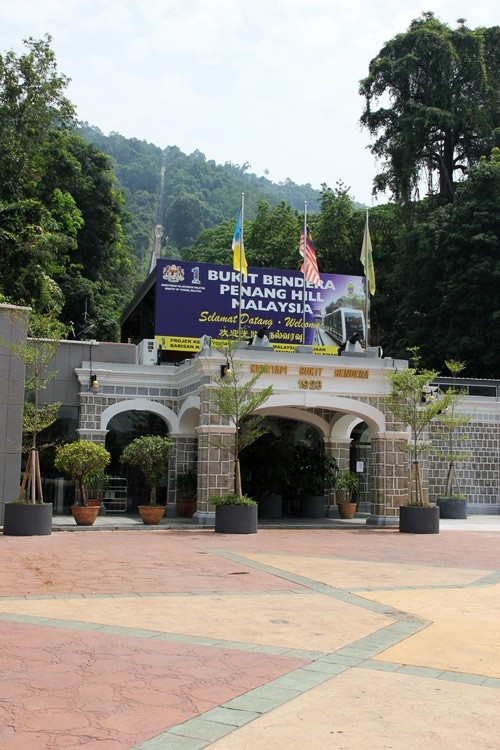 What’s unique about the train like in most funicular rail systems, is that the train is built slanted as it is pulled up a rather steep gradient. Its similar to the Peak Tram in Hong Kong. 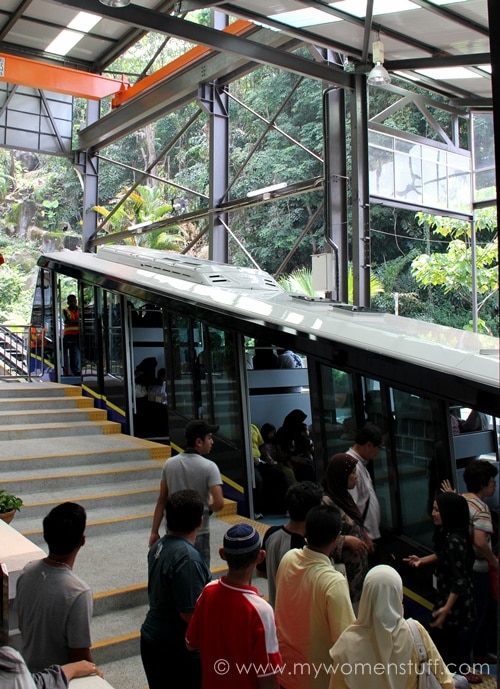 These are new air-conditioned train carriages which are speedy and get you up the hill in about 5 minutes or so. The old ones were wooden and the last one had been out of commission for a while before these new trains were put in. Otherwise, it would have been quite a hike up the hill!

Once you arrive at the peak of Penang Hill, you will find that its actually quite cool in the shade. There is a hotel up there as well as some tea houses where you can pause and have tea in the gardens with a wonderful view of Georgetown below, and the sea. It was a pity however, that on the day I was there, the city was blanketed in haze 🙁 So no photos. 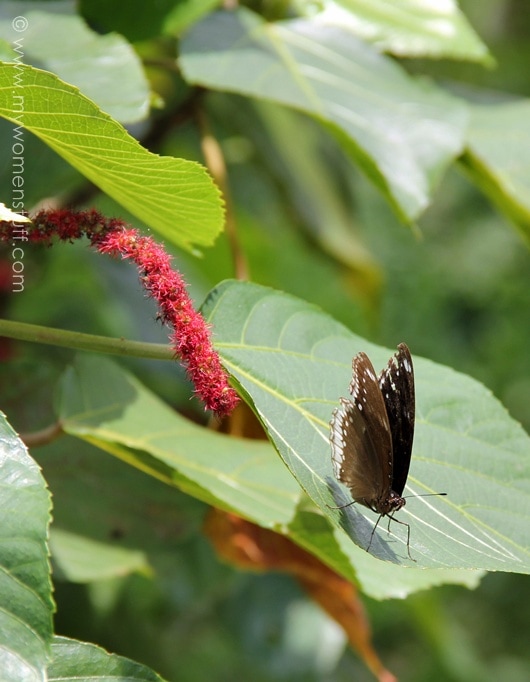 I did enjoy observing the flora and fauna up on the hill, which was fun. Butterflies and bees were a plenty. It was a hot afternoon, so we stopped for some ais kacang (shaved ice dessert) at a small row of hawker stalls. 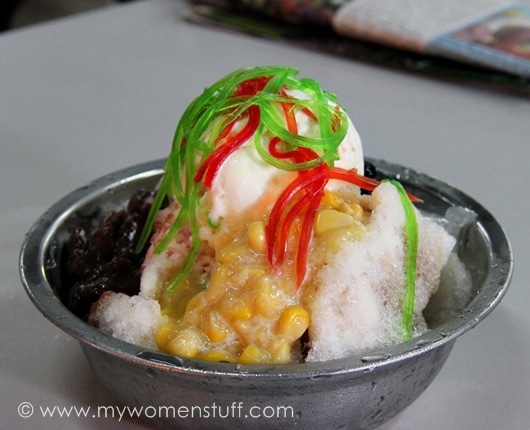 Ais Kacang dessert to stave off thirst on a hot afternoon

Going to Penang is about eating some very good food (what can I say? I evaluate the cities I visit by the food available! 😀 ) When we headed back down the hill, we headed for my fave Asam Laksa stall at Air Itam. 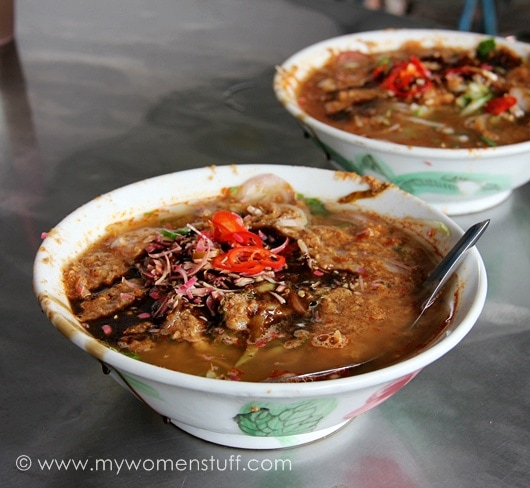 Its far to get to and opinions differ on whether this is really the best out there, but I enjoy it so much, I will never share my bowl of noodles! It is spicy from the chilies and tangy from the tamarind juice and a little fishy as there is mashed fish and prawn paste cooked into it. Its an acquired taste but a must eat in Penang 🙂 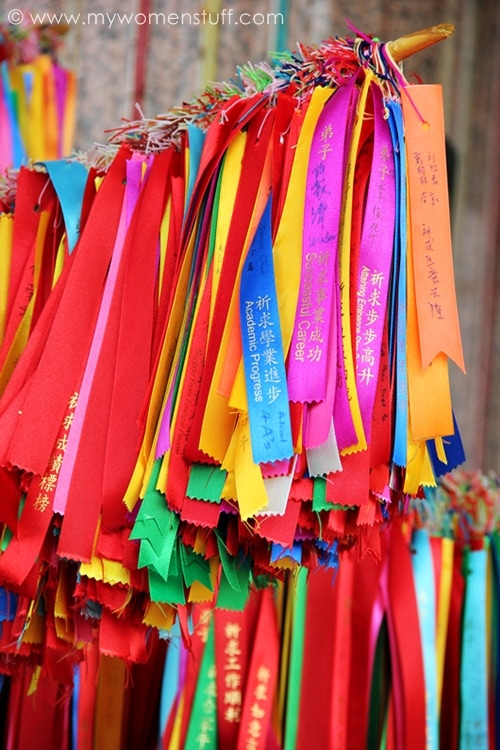 RM1 buys you a ribbon with you then write your name on and hang on the wishing tree. I was taken in by how colourful it was! Each colour represents a different wish and I saw lots of locals and tourists alike hanging ribbons on the tree, wishing for a Successful Career, Academic progress, Health, Love and the like. 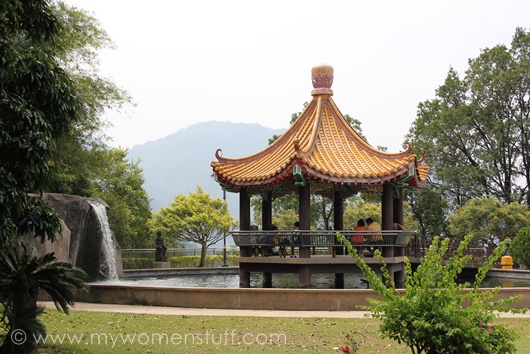 Was I magically transported to China? It most certainly looks that way doesn’t it? 🙂 Oh and there’s more food (of course 😛 ) I was taken to the Sg. Pinang food court to have some grilled seafood. The East Coast BBQ seafood stall was pretty impressive, with lots of fresh seafood available to choose from. 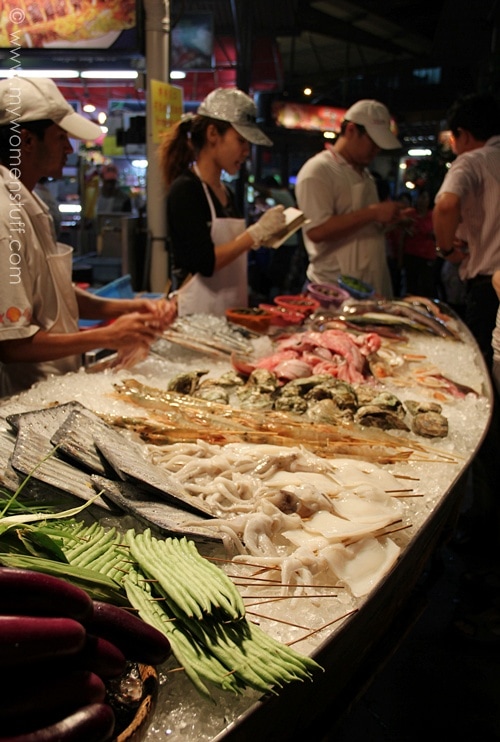 Fish, squid, prawns, crabs, shellfish… the selection was good and prices weren’t too inflated. You pick what you want from the fresh seafood selection and they grill it for you. 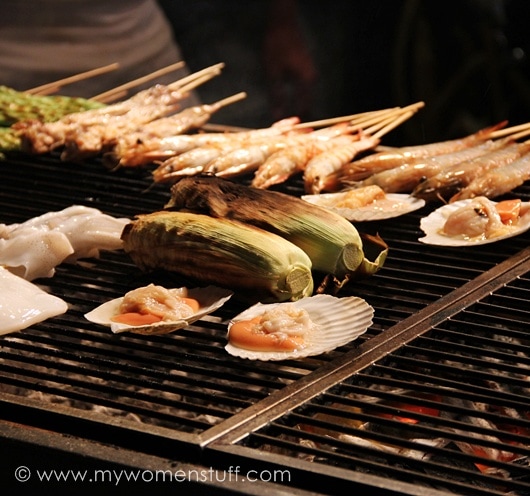 However, all you’ll see here is a picture of the grilled chicken wings we had (RM2 each) because it got too dark to take decent photos thereafter. I’d definitely go back for this one 😀 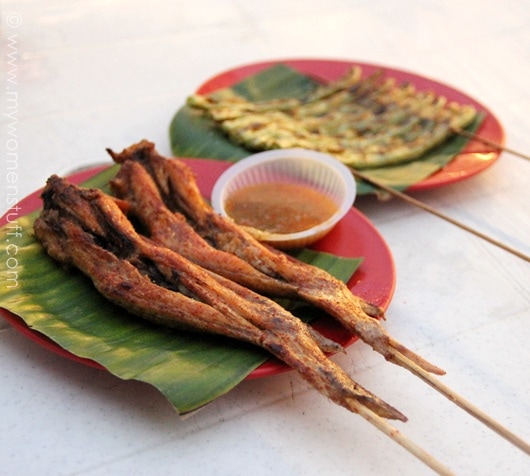 Penang Island is about 4 hours by road and about 40 minutes flight from from Kuala Lumpur. Now I sound like a travel brochure don’t I? 😛