Home » Fashion » Jewelry » A Kiss from an enamel Rose

If I mention Shinju Pearls, some of you might remember the inexpensive strand of pearls I picked up a couple of years ago, or you might also remember that bit of chinoiserie I picked up just before the Chinese New Year. Well I picked up something from them again recently. 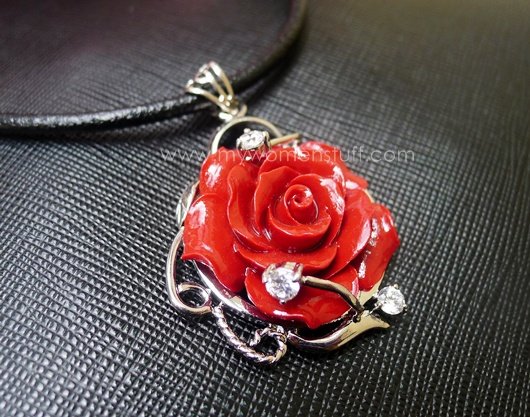 An enamel rose held in a silver frame. For some reason, it appeals to me 🙂

I think it looks quite amazing worn against a stark black top. Black really brings out the blood red colour. 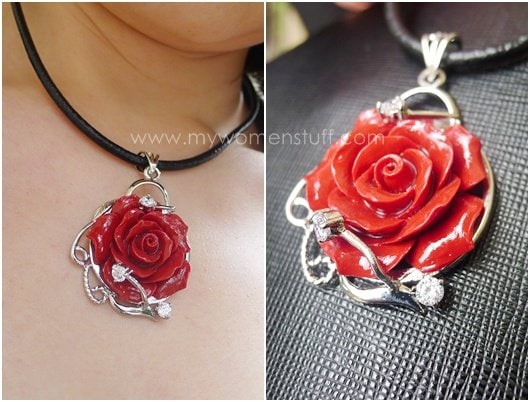 I need to get the chain shortened so I’ll have to drop by their store again soon. I hope that doesn’t mean I’ll pick up yet another something! I have a bad habit of doing that everytime I stop by their store 😛

Incidentally, if you go round to Fahrenheit 88 a lot (I hardly ever do to be honest. I only ever go to Uniqlo when I’m there) Shinju Pearls now has a counter at Twelve which is on the Ground floor. It is a collection of 12 local Malaysian designers under one roof and you can probably check out some local designers while you’re there. 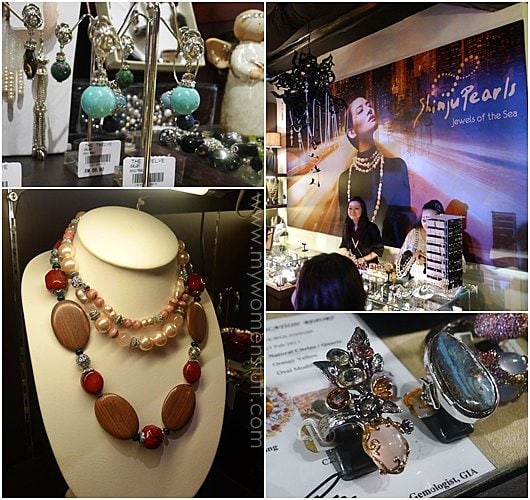 I actually spotted the enamel rose necklace during the opening of Twelve recently. The place was packed with people and there were ladies fighting me to view the stuff at Shinju Pearls – afraid I’d pick up the object they were eyeing probably 😛 So, pushed into a corner, I spotted this enamel rose hiding way behind everything else in the shadows. No one saw it so I pulled it out into the light and decided to get it 🙂 I think a couple of ladies eyed it up thereafter – I hope there were none left, you nasty biddies 😛

The pendant and necklace was RM68 – pretty affordable and pretty overall. I think I scored a deal 🙂

Shinju Pearls is available at various places (view stores here) but I like the one at Lot 10 best, and at Isetan The Gardens because they sometimes have great deals at Isetan sales.

PREVIOUS POST: The 30 Day Lipstick Project will start in May 2011!
NEXT POST: Day 1 of 30: Burberry Lip Cover Lipstick No. 22 Delicate Rose