Home » Interesting Discussions » Your Say: Have you ever been the victim of a scam?

Here’s some interesting food for thought today. Have you ever been the victim of a scam? 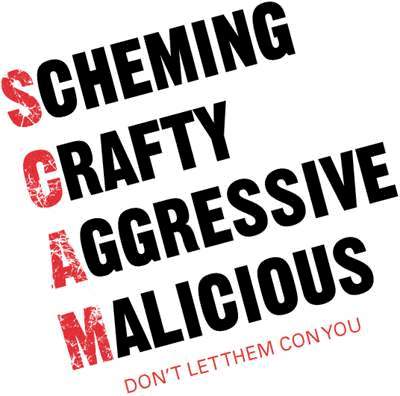 I’m super paranoid about being scammed. All emails that look even remotely like spam or a scam immediately gets binned. All text messages telling me I’ve won something, especially if its a million dollar lottery I never bought or a contest I never entered, gets deleted immediately. People who approach me seeking donations, I decline and give directly to the bodies in question. I even put banks through their paces if they call me out of the blue.

But despite all that, I have been the victim of a scam.

It happened when I was in Thailand quite a few years ago. Its the well known Thai Jewellery Scam and I’m telling you my story so you know you have to be careful and won’t fall for it.

We were headed to the Pratunam area for a spot of shopping and it was our first time, so we were looking a little lost looking for the place, when we were accosted by an English speaking Thai stranger. He offered to help us get a tuk tuk and also to take us to some random temple. For whatever reason, we agreed and headed off. At the temple, was another English speaking man who mentioned how some people bought jewellery and resold it elsewhere for a profit. We thought nothing of it, but after visiting the temple, we were taken to some jewellery store where the tuk tuk driver told us that he’d get some petrol voucher if we just browsed a little, and we thought to help him.

So we did. And we did end up buying something. We were told it was worth much more than it really was, which might make a difference if you had believed the man at the temple and the store, and were in it for a profit. But we weren’t, so we just bought something that we liked and which looked pretty.

So where’s the scam then? The scam is in the quality of the jewellery sold. Its not quite what they say it is. Its real stones (I got them checked out) but they aren’t worth the money you’d pay for it. If you were it in for a quick profit, hoping to resell it at a higher price, you’d be burnt. But if you bought something because you liked it with no intention to resell, then it only hurts you when you think of the price you paid.

But ultimately, it was a scam and we realized it only hours later when we seemed to wake up from a dream. I looked it up online and you’d be surprised at how many people have been scammed the same way.

Locally, I’ve been told of stories where people we know were approached by strangers looking for directions, and they “woke up” later to find that they had lost their mobile phones or money to such predators.

These days, I’m extra careful everywhere I go and I never allow strangers to approach me while I’m in a foreign land, or even locally, just in case they try to scam me. I think these people look out for those who aren’t as alert of their surroundings so being alert and aware of your surroundings will help you.

Its quite embarrassing to admit to being scammed, but I have been and now you’ve read about how I was scammed, I hope you never will be scammed the same way.

Do you have a story to share? Do feel free to use a pseudonym if you don’t want to use your regular handle to tell your story 🙂

Your Say: Have you or anyone you know ever been a victim of a scam?

PREVIOUS POST: The Anna Sui Blush Duo in Pinkish Yellow Is Challenging But Pretty If You Get It Right
NEXT POST: From the Toddling Threes to the Fantastic Four!