When I was invited to attend the press launch of the Victoria Jackson cosmetics brand in Malaysia a couple of months back, I must confess to not knowing what on earth it was. I’d never come across it before that, but I was game to see what it might offer.

Victoria Jackson cosmetics, according to the press info, is a brand by er… one Victoria Jackson who is supposed to be a Hollywood Makeup Artist. I’m as clueless about Hollywood makeup artists as I am about Hollywood so I’ll take it at face value. What I’ll do here, is tell you what I and a reader thinks of 2 products from the line that we got our hands on 🙂 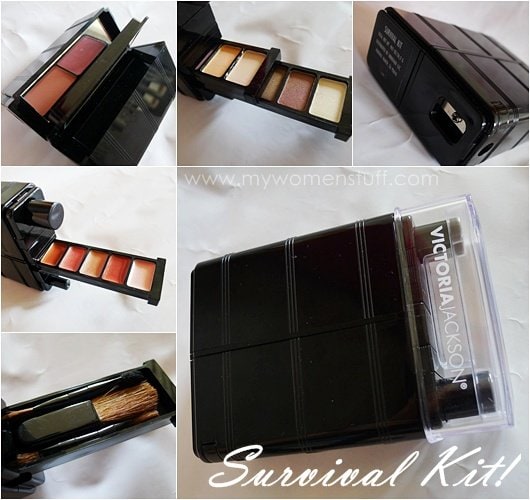 The Victoria Jackson Survival Kit is one of their top sellers. You get 5 lip colours, 10 eye colors, 1 lip pencil, 1 eyeliner, 1 mascara, 1 sharpener, 2 blushes, 2 mirrors and a set of brushes in a nifty kit that is about the size of a Blackberry mobile phone but thicker. Its a bit bulky to carry around in your handbag, but it takes up less space than if you were to carry each product separately. My thoughts on this kit is below.

First, ditch the brushes. They don’t do jack. Secondly, the eyeshadows aren’t too bad. There are 10 rather safe shades that are medium pigmented. They aren’t wonderfully silky or fine milled, and the shades tend towards the warm end of the spectrum, but they aren’t horrid either.You get some decent pigmentation with these as the swatches show, swatched just once, but the colours aren’t very special. The palette colours reminds me a little of the Stila Precious Pearl palette but the quality of the Stila palette is much better. 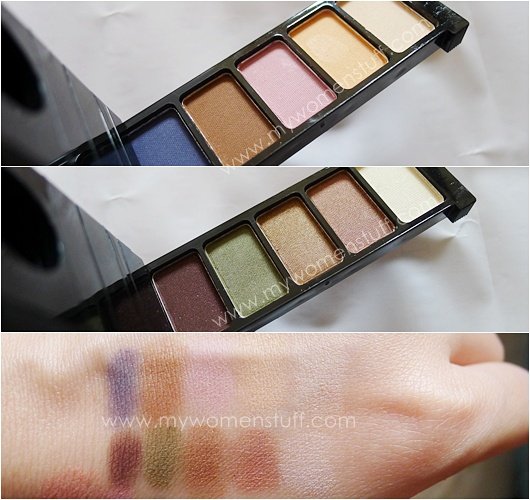 The lip colours are average. I am fussy about lipstick and I found these heavy and waxy with a slight waxy smell I disliked. You need a lip brush but the colour picks up easily and applies quite easily too. 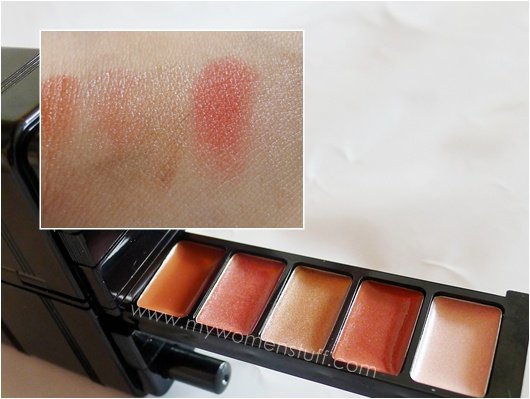 The mascara is also just average. Something you’d use in a pinch but not something you’d buy the whole kit for. The eyeliner was hard so I disliked that, and the lip pencil was brown. Something I found strange. 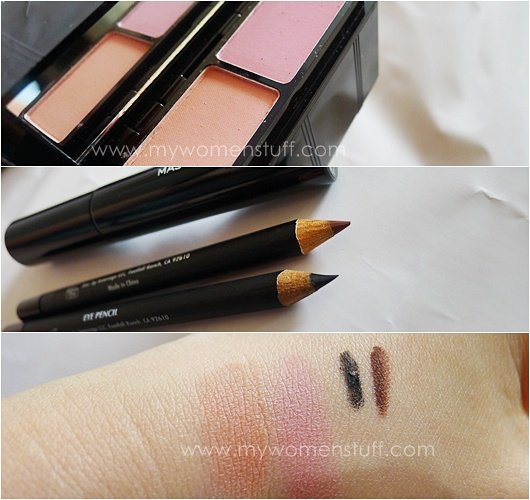 You get 2 blushes in this kit – an orange/coral and a pink, both of which are warm toned. They are matte and quite pigmented and I found the orange/coral too warm for my skin tone. The pink was alright for me. The colours aren’t special but they should suit most at a pinch. 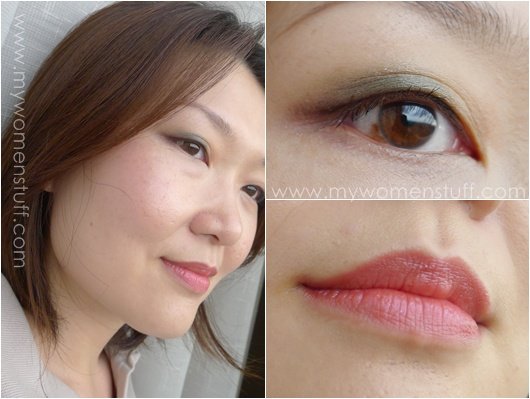 And here’s a simple look I did using this kit. There’s nothing dramatic in there, just a simple basic look which is what I think this kit works best for. As a whole, I think the kit average in quality. It might attract those who want a lot in one package, to get the best bang for your buck. If you are picky about the quality of eyeshadows and lipsticks, or dislike palettes like these, you won’t like it. However, if you want to play around with a bit of makeup or experiment with colors then you could take a look at this one. Its not great, but its not 100% crap either.

Cons: Lip colours smell and feel waxy, Lip pencil is brown, Eye pencil was too hard and tugged at skin, Brushes are crap

The Survival Kit retails at RM189 or RM150 for members. 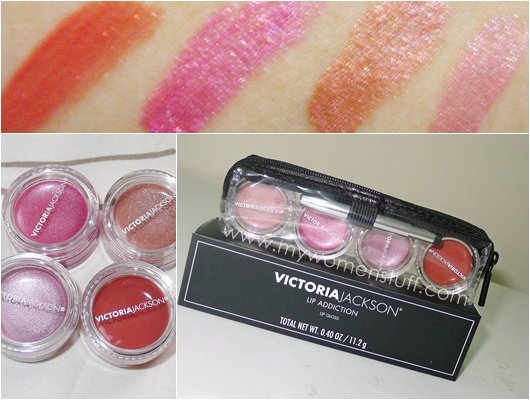 I sent reader Ant this kit for her to try. The swatches above are hers and here’s what she has to say about them.

“From the swatches on my hand, the second from the right (more like a dark beige pink) is sort of like a lip stain. Can’t be thoroughly removed by wiping it off with tissue. Needs to be cleansed with cleansing oil though.

The 3 colours from the right are shimmer lip glosses. I like the 1st on the left (peach pink methinks), not shimmery at all. Strange that the packaging does not state the colour of the lip gloss.

The shimmer ones are alright but the peach pink I like has some kind of waxy feeling. All of these glosses have the same scent, not very strong. Can still be endured ^_^ ”

The Lip Addiction Lip gloss kit retails at RM79 (members) and you get a pouch with 4 tubs of glosses and a lip brush.

If you look online, there are a lot of disgruntled people who complain about the brand and the pushy sales people, because like here, the products aren’t being sold in stores or counters, but via direct sales so there is that element of pushiness. As I have not experienced this pushy sales tactic personally, I’m not about to comment on it here but I personally abhor it so if I were to experience it, it would probably colour my perception of the brand too.

I’m told that here in Malaysia, the products will be sold by way of roadshows at malls, offices and at selected beauty stores. You could check on their Facebook page for upcoming locations where the brand will be available soon as I’m told it’ll start being marketed in February 2011.

Have you come across this brand before this? I’m told its doing relatively well in our Northern neighbour, Thailand. I feel that its rather pricey for what you get though, but then I’m rather a self-confessed makeup snob and I’ve worked out what I like and dislike by now. I’m wondering what you think about it if you’ve tried it though 🙂

PREVIOUS POST: Tip: Where to find Magnet Strips for making your own palettes
NEXT POST: Where have I seen those colours before?