Here’s the deal. I thought the Benefit Cosmetics Crescent Row 2011 Planner was cute. In pictures that is. In fact, I thought it so cute, I was sure a billion girls would have posted pictures of their planner online. But I scoured the internet looking for real actual photos of the product or details on size but there were none. 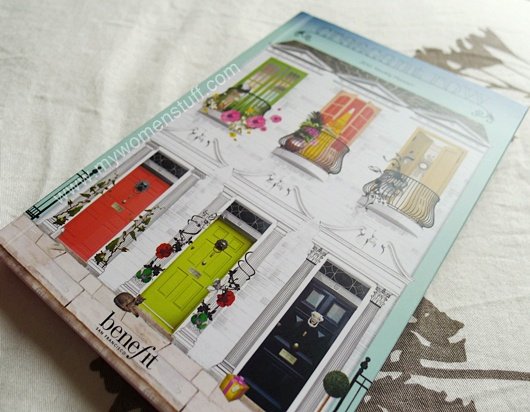 Can you believe that? Evidently not one single girl who got this planner blogged about it, or thought of putting photos of it online. Sigh. The Muse did but hers came after I’d ordered mine.

I told you that my resolution for this year 2011, was to stay organized. I started out with the L’Occitane planner. Its very useful although I have to whinge that there are no days printed next to the dates so I wrote them in by hand. Its also rather big and bulky with the hard cover.

But I later made a Benefit Cosmetics order and I got the Crescent Row 2011 Planner free as a GWP so I decided to use this one instead :D The reason I did was because its small and dinky! See? It fits nicely in my hand and doesn’t weigh a ton. Slips right into my bag nicely too! 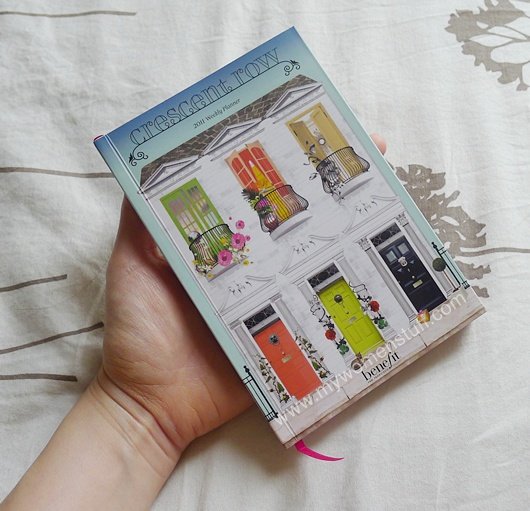 I will whinge about the fact there’s no where to put a pen. I’m still trying to work that out, but I will probably just carry it separately as I already carry pens in my bag anyway.

This is a weekly planner, with space for a week on one side and a pretty page for notes on the other. Paper quality is good and it looks like it’ll hold up for the year without falling apart. 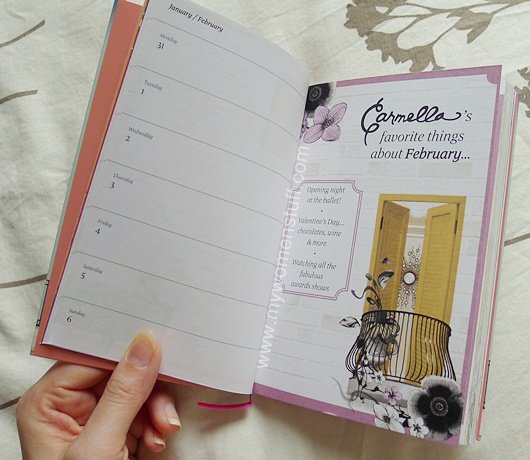 Oh and I like the pink ribbon book mark that makes it easy to flip to the current week. I know January is nearly over by the time I received this, but well, there’s another 11 months to go :) Oh and there’s a pocket in the front and back cover that makes it very handy to keep little scraps of paper like the reservations for the comedy I went to yesterday, the ticket stubs I kept, receipts etc. Quite handy.

I checked with Benefit Cosmetics but they do not carry this planner locally. Its still available online at benefitcosmetics.com for US$20 which is pretty pricey considering you could probably get just as cute planners for less elsewhere. But since I have it, I’m going to make full use of it :)

Do you by any chance have this one? I might be able to get into this planner thing yet! Next year might see me actually shopping for planners to continue staying organized :)

The Benefit Cosmetics Crescent Row Planner 2011 is limited edition and retails at benefitcosmetics.com for US$20

PREVIOUS POST: Are you as Guilty as I am of enjoying a bit of Gucci?
NEXT POST: Latest : Dermalogica FITE program, Vichy Essentielles Rose Skincare, Strivectin SD skincare, Diorshow 360 Mascara, Victoria Jackson makeup