Haven’t had the time to sort out some photos, but here’s a quick sneak peek at the Guerlain Ecrin 6 colour eyeshadow palette in Rue de Rivoli, Guerlain’s new eye palette for Spring 2011. 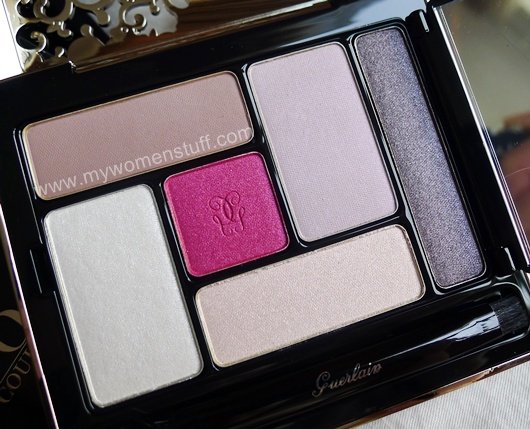 Ooh la la! Incidentally, you might be interested to know that each of the Guerlain Ecrin 6 eyeshadow palettes are named after the locations of Guerlain stores. I don’t know how I missed seeing a Guerlain store while in Paris but I did. I will not make that mistake again!

The 5 colours surrounding the center are gorgeous neutral shades that are pretty used on their own. They have a purplish tint to them even if you don’t see it in the pan. Very surprising. But if you want the colour to really pop, that’s where the bright fuchsia pink in the middle comes into play.

Definitely a tricky one!

Not for the faint hearted. Including its price 🙂