Its Day 2 of a long weekend here in Malaysia, and I’m staying in, working on Project Spring Clean! However, I thought I’d share with you a dress I picked up at F.O.S at Empire Shopping Gallery one day. Cost me something like RM40 and is supposedly by Next 😀 Simple but I liked it. 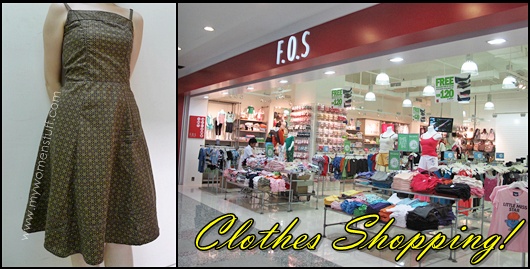 The thing about FOS is that stocks vary so widely in different stores that you just never know what you might find – which is why its always a good idea to stop by and take a look at every one. I found that the one at Empire Shopping Gallery, although a little small, does have some gems so its worth popping by if you’re in the area.

I also picked up a skirt from Dorothy Perkins. I know, Dorothy Perkins is not very exciting but I’ve found that they do good skirts that fit me very well, and I found a decent pencil skirt there so I’m quite happy. Being their member helps too – you get 10% off purchases. Yay! 😉

The last time I was there a couple of months back, I stopped by this store called Lush Icon to take a look too as well as Tangs. Tangs is a little small but its servicable enough and I did notice that the items on offer seemed more friendly for the wallet compared to the Tang’s store in the city. Am I imagining things?

One of the more interesting stores I noted was Ed Hardy which is a rather odd clothing store to see in a family neighbourhood mall. After all, Ed Hardy is a tattoo artist and so the clothes, primarily T-shirts, have tattoo designs on them. I guess if Mom won’t let you have a tattoo on your body, a tattoo design on a T-shirt would be a good compromise 🙂 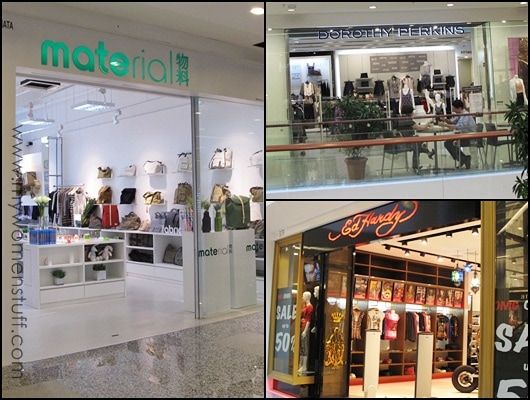 And here’s an interesting store I thought to tell you about – a store called Material. I don’t know if its still there, but I was quite fascinated by it because they carry items made from recycled material and eco-friendly material. I stopped by to take a look but the girl in the girl in the store couldn’t tell me anything about the things they were selling so I left – see how important sales personnel are?

Oh and there’s a Braun Buffel store too! I like Braun Buffel bags and wallets – they are made of good leather, are of good quality and are good value for money even if designs can be a little bit unexciting. They can be a little pricey for the average person (they don’t run into the thousands, don’t worry! Expect them in the hundreds of RM) but pick them up when they go on sale and I promise you, you won’t be disappointed! If you are looking for a good leather bag from an affordable sort of brand, give them a look.

I noticed quite a plethora of kid’s clothing stores in the upper floors of the mall too so Moms might like that. Well I’ve visited Empire Shopping Gallery twice so far (its too far to get to from KL) and so far the beauty and clothes selections (although small) have been quite impressive. Can’t quite complain that living in Subang Jaya is living in the boondocks anymore eh? 😉

Disclosure: Featured article was commissioned by PR for Empire Shopping Gallery. Purchases made with my own money.