Perhaps my absence wasn’t so noticeable, but I was actually away for a couple of days over the weekend. Thank you so much to everyone for your lovely birthday wishes. I wish I could respond but it’d be too much, so THANK YOU! :D 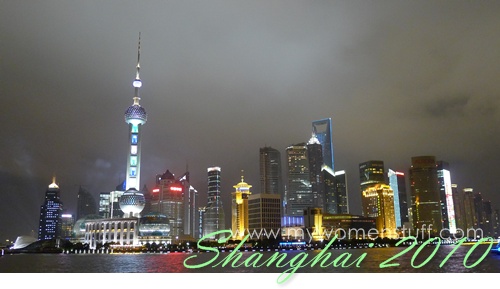 I had a great time on my birthday. I was in Shanghai! :D And if you are asking, no I wasn’t there for the Shanghai Expo 2010. I was there for something work related and stayed on for a bit of fun.

I am back now though and, as you can tell, trying my darnest to get back to grips with things so this is unashamedly a filler type of post… erm… filled (for want of a better word) with some large photos, so do be warned.

If you’d rather read something beauty related, I’m afraid you’d have to wait a bit. Maybe all of 24 hours :P

Here, proof that I was indeed there :P This was at the Shanghai Bund area which was swarming with tourists, mostly local Chinese. I had to jostle my way to taking this photo or all I ended up with were other people’s heads. 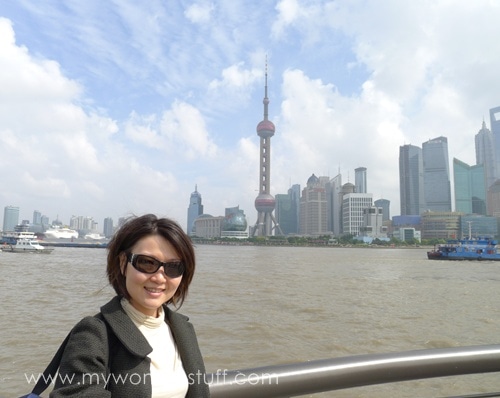 Paid a quick visit to the trendy XinTianDi area which is a redeveloped area of Shanghai filled with trendy stores and restaurants housed in ancient buildings. I loved the look of the buildings even if I wasn’t enamoured with Starbucks and Coffee Bean. In fact, Starbucks abounds in Shanghai! I kept seeing one nearly everywhere I went. 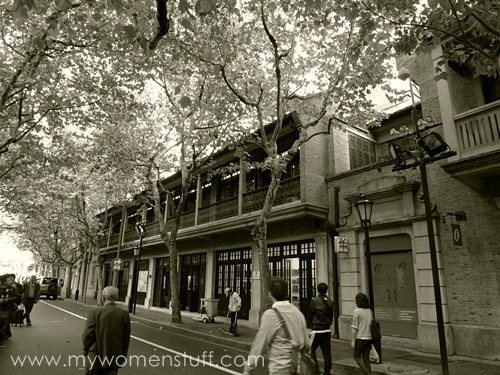 Here’s a 1920’s designed mansion – One XinTianDi – which is a private clubhouse. It looks pretty amazing from the outside, since I clearly couldn’t go inside. 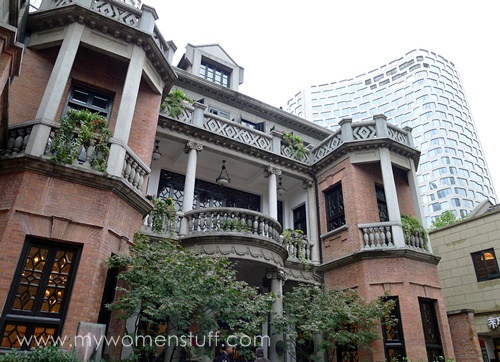 And of course, what is a visit to Shanghai without indulging in its food! I ate so much and so often because I had so little time but wanted to try everything!

We have of course the ubiquitous Xiao Long Bao (Shanghai Dumpling or lit. Little Basket Dumplings) which would be familiar to most Asians. These are pork meat dumplings (or sometimes mixed with crab meat) and when steamed has some soup inside the dumpling skin. Delicious! 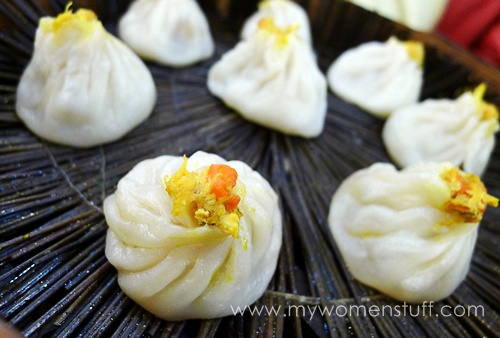 And there was this other Shanghainese steamed dumpling which I don’t know the name, but which has a flour case with minced meat and lots of soup in it. You drink up the soup with a straw, and all the bits of meat too! 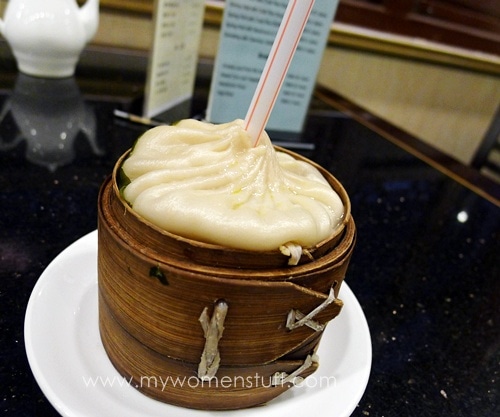 October-December is Hairy Crab season! So of course it had to make an appearance on the menu :D 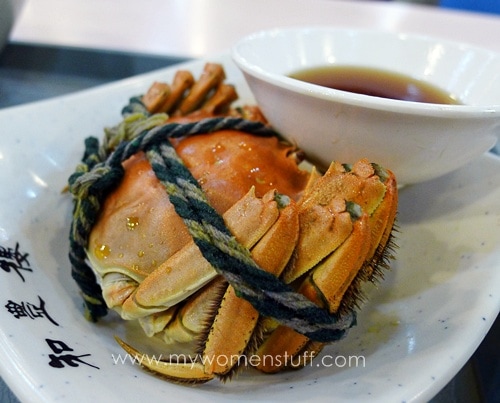 I did eat a lot more stuff and went to a couple more tourist spots like the YuYuan Garden, People’s Square and Nanjing Lu shopping belt, but I think that’d just bore you silly so these were some highlights. It did rain a lot while I was there which put a bit of damper on moving around. I didn’t do a lot of shopping but I did get a winter coat made.

I also did not go into many shopping centers and only popped into a Mannings (what we know as Guardian) and Watson’s where I picked up a couple of drugstore stuff for the fun of it. But otherwise, it was more of a gastronomic trip and less of a shopping one. Oh and work too of course :P