For their Save our Rare Earth project this year, Kiehl’s Malaysia has harnessed the artistic creativity of local artistes to raise funds for YAWA (Yayasan Anak Warisan Alam) a local organization that instills environmental awareness in children. 5 local artistes put on their thinking caps and came up with their very own designs for the Kiehl’s Rare Earth Deep Pore Cleansing Mask. You can read my earlier review of the mask by following the link. Its pretty good stuff! 🙂 If you buy it, 100% of the proceeds go to YAWA to organize a kid’s camp in November 2010. 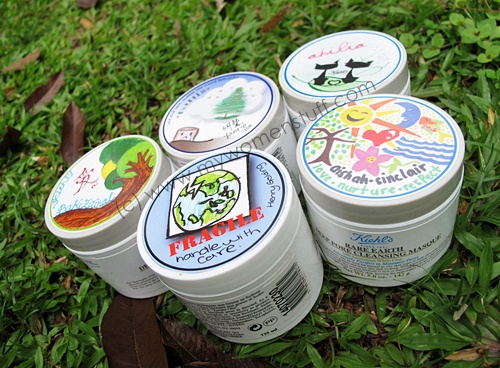 You might also have seen the pictures of the 5 local artistes who are working with Kiehl’s on this project, all over the Kiehl’s boutiques – Henry Golding, Aishah Sinclair, Baki Zainal, Jane Ng and Atilia Haron.

I got the chance to take a look at the behind the scenes of the photoshoot recently (Aishah Sinclair wasn’t present as she’s now a new mommy! Congratulations!) and it was fun to sit around and chat to the artistes too.

We aren’t all celebs, but we can share our fave Kiehl’s products and eco-message right here 😉 I’ve shared mine below, after sharing some quick interview questions with some of the artistes involved and you can pretend to be a celeb too! 🙂

Henry Golding – “How many poses can you have with 1 product?!” 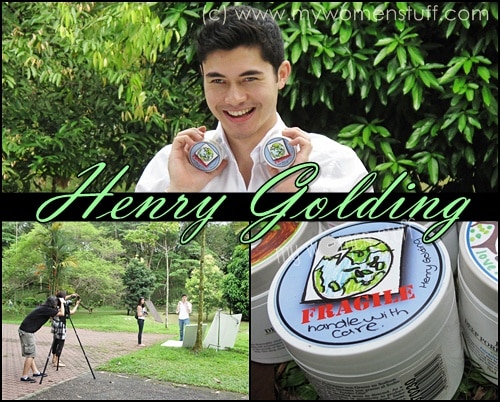 I arrived just as Henry was finishing his shoot so I had the chance to sit around longer with him. He was lovely – don’t be jealous girls 😛 Poor guy was a bit flummoxed by having to come up with a variety of poses with one product – not easy I can tell you!

I asked his inspiration behind his design and Henry said that it was dreamt up with the help of his 14 year old cousin. Who better to ask than the young who will inherit this earth from us! The design was hand-drawn and inspirational. We have just one earth and its fragile, so let’s save it! 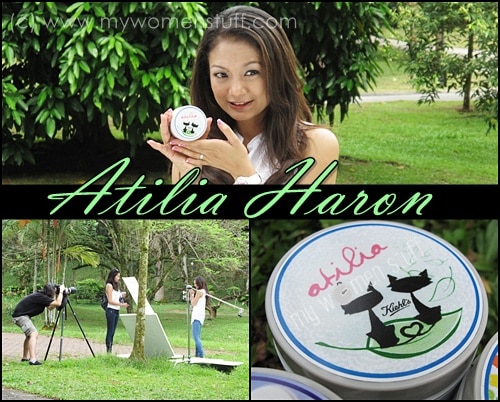 Atilia is our new petite jazz queen making waves locally. You might have heard her vocals from time to time. The inspiration behind her design came from her 2 cats – Smeagol and Precious. Recognize the names? 😉

Atilia was quick to assure me that they were already about 6 years old and that she’s a Tolkein fan so they weren’t quite named after LOTR: The Movie 😀

Atilia’s Favourite Kiehl’s Product: “I have 2! The surface brightening exfoliator and The pear tree corner hand and body lotion.”

END_OF_DOCUMENT_TOKEN_TO_BE_REPLACED

Last month I showed you my new purchase – the Hada Labo Hydrating Makeup Remover. I got it purchased from Singapore and I initially thought it was a cleansing oil. Turns out it isn’t. Not quite anyway. 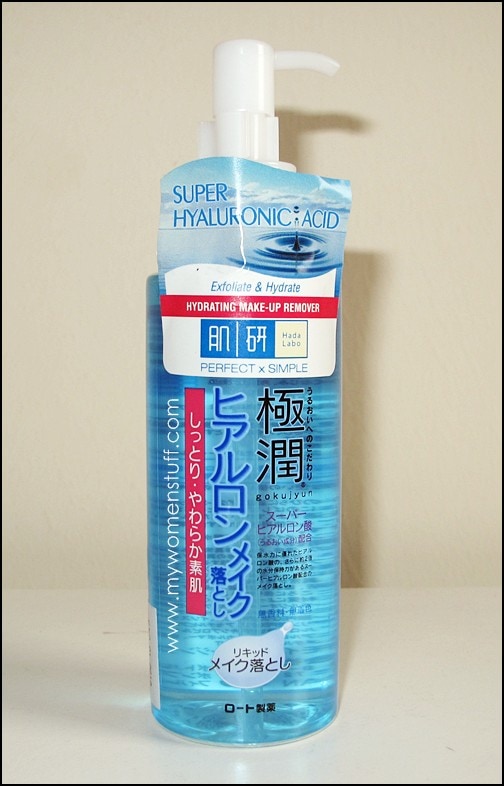 The Hada Labo Gokujyun Hydaring Makeup Remover is like a gel in texture. Its transparent (its the bottle that’s blue not the gel) and rather thick and viscous. Threw me for a loop the first time I used it. I was expecting oil to pump out.

That said, this makeup remover is used the same way as that of cleansing oil i.e. on a dry face. Its easy to use:-

Does it work well to remove makeup?

END_OF_DOCUMENT_TOKEN_TO_BE_REPLACED 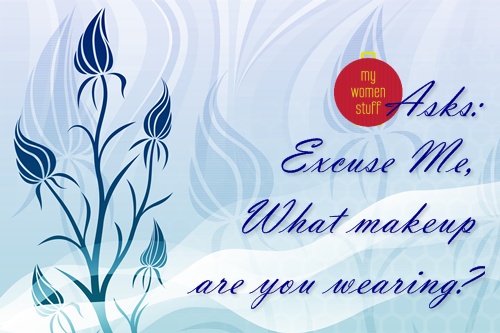 A while ago, while I was at an event where I knew no one, I found myself staring quite rudely at a lady who had the most gorgeous blush on her cheeks. It make her look like she was blushing quite naturally without looking too bright or artificial.

I wanted so badly to find out what it was but she looked like a senior editor of some fashion magazine (albeit she looked friendly) and I felt intimidated because I’m a mere blogger after all.

But after about an hour, and when I could contain my curiousity no longer, I went up to this lady, said Hi and blurted out “May I know which blush you are using? It looks gorgeous!”