Home » Musings » Back from my Holidays with just Memories 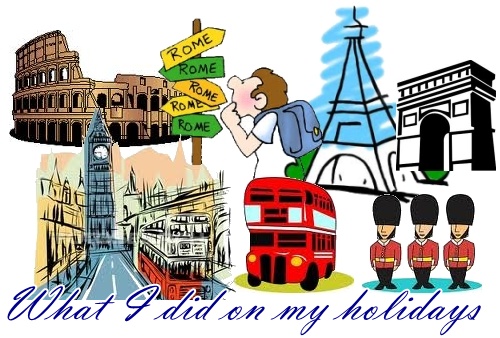 I’m back from my week long or so holiday where I swear I just piled on the kilos despite doing a lot of walking. Don’t think you’d have noticed my absence with the scheduled posts and all ;)

Anyway, I spent my vacation time in Europe – Rome, Paris and London – and I had a blast! Busted my shopping budget many times over too :) They are cities I’ve visited before so I didn’t hit up all the usual tourist spots (just some) but instead took the time to relax and enjoy the food, people-watching and the cool weather.

It was blistering hot in Rome and I swear I am now a shade or two darker than I was, but Paris and London were great. Not too cold nor too warm.

Only problem is, when I got home I realized that my camera with a week’s worth of photos was missing.

On reflection, I could have sworn I left it on the plane from London-Singapore. But a few frantic calls to Lost and Found of Singapore Airlines told me that no camera was found on board.

I don’t miss my camera as much as the memory card. This was a time when I’d finally developed a bit of an eye for taking photos and I had some great shots in there. But its all gone now. I hope whoever took my camera gets some good use out of it. It’d be too much to hope for the return of my memory card.

Oh well, c’est la vie! At least the memories in my head won’t get lost that easily and I guess I could always go back :D

I’m now sorting through my emails, and replying comments for the past week where I can. I’ll show my haul if anyone’s interested :) Just need a bit of time to take the photos and get my life organized back to normal.

Catch up with you later!