I don’t normally post “haul” pictures, but reader Lee asked what I’d gotten from the recent Dior cosmetics sale so I decided to share. Also, I got some stuff I’d been wanting to try for the longest time, so I don’t mind sharing some pretty pictures :D 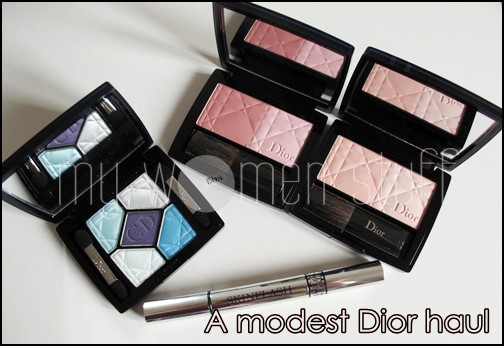 I wasn’t there at the sale to get skincare so I picked up only makeup. I got:-

Very modest haul eh? :) I have some bigger pics below of the palettes if you are interested.

I’d been wanting to try Dior blushes for a long time. I could not pick them up at the previous sales because they were always snapped up! This time, I got lucky. 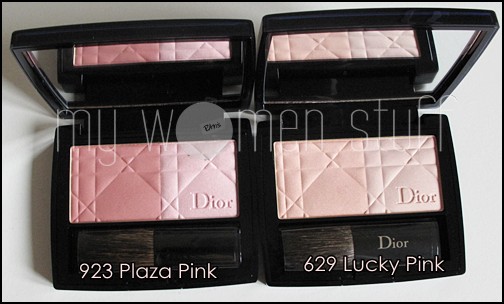 There were only 2 colours there and I picked them both up. #629 Lucky Pink looks a little light but it reminds me a little of Benefit Georgia. I reckon I could make it work for a very natural light blush sort of look. #923 Plaza Pink is brighter but its a colour that I know will work on me. As I said, I got lucky this round! :) 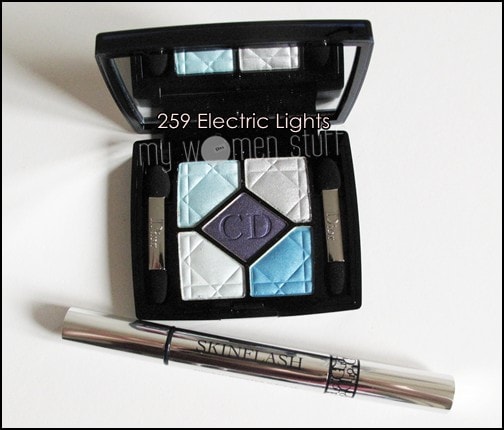 I was not expecting to pick up an eyeshadow palette. Most of the palettes there were pink-purple variations so this one stood out. I remembered Electric Lights from Summer 2009 and since I did not get it then, what better time to get it than during a sale! ;)

Skinflash is a radiance booster pen that is essentially an illuminating concealer pen. Buddy Legeeque raved to me so much about it, I had to grab the only one I saw even if I was worried that 002 might be a little dark. We’ll see. :)

And that’s my haul! I will put up reviews as I go along once I’ve used the products and can form an opinion on them. Do you have requests on which I should start with? :)

Did you go to the sale and did you pick up anything nice? Share your haul! :D