I’m feeling  a little out of sorts lately so this will be a short one. After all its a Saturday and you want to be out and about, not glued here to the PC 😉 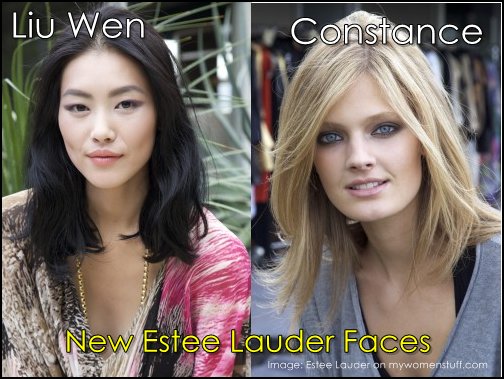 Estee Lauder embraces a “first” by hiring 2 new faces from France and China for the brand to join the ranks of Elizabeth Hurley and Gwyneth Paltrow. Expect to see French model Constance Jablonski and Chinese Model Liu Wen in Estee Lauder ads starting June 2010. I know of neither but personally I think it’ll be great to see a Chinese face on Estee Lauder’s coming ad campaigns. I hope they don’t limit her to the Cyberwhite EX range 😛

A Cut Above Gala Night – Reflections

Hair Academy and Salon A Cut Above celebrated their 31st anniversary in style last week with a huge party at the Center Court of MidValley Megamall. Star of the night was the sparkly disco ball model with a disco ball on his head and strutting his thing down the runway. He was super sporting too but I don’t think he liked me much 😛

Now take a look at the first Lancome ad for Hypnose Precious Cells mascara starring Julia Roberts. Its in French but hey! That’s a pretty language and Julia looks gorgeous in it 🙂

PREVIOUS POST: Bought Another EcoTools brush (or perhaps not)
NEXT POST: RuMe All Bag – Finally! An eco-chic bag with a zip