I usually avoid the mall on a weekend because I hate having to crush with crowds. But yesterday was a little different because I had to hit the bookstore to grab some books on sale. After that, I had a bit of a loose end so I popped down to see what was happening at the beauty counters. 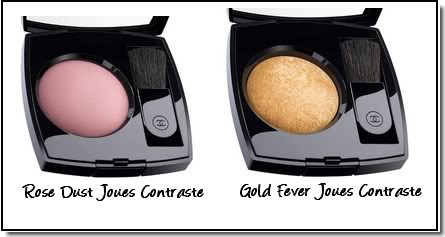 Well, Rose Dust is just as lovely in person! It sat there in the tester pan, looking so rosy and so perfect! I swiped to test and it was very pigmented going on. The colour is a rosy berry tone on the skin.

In the pan, it looks similar to Caprice and Narcisse. However, I did a side by side comparison and found that Caprice goes on the skin a warm coral-pink while Rose Dust goes on the skin looking rosy-berry. Narcisse is just a light pink so its out of the equation. That is quite a significant difference.

Rose Dust swiped lightly is really pretty giving just the right flush of rosy cheeks with very slight shimmer. I thought it had a warm tone with a slightly cool berry undertone which was really quite unique. I don’t take straight cool pink blushes well, but this one may be able to sway things. I’ll have to see. I couldn’t quite decide immediately because I did not take my own advise and ask for a brush to help me test the colour. I did say previously that just swiping the colour with your fingers doesn’t work when it comes to choosing Chanel Joues Contrast blushes and I am just reminded again how difficult it is to actually find a colour that you know will work for you!

Personally, I believe Rose Dust would look really lovely on someone who has a medium skintone or is more tanned. If you are fair like I am, the colour can be a little too strong. I’m sticking to my Caprice and Narcisse for now.

I couldn’t find a similar shade in the existing Joues Contraste colours so if you are looking for a rose-berry toned blush, try Rose Dust (RM140). Rose Dust is permanent so if I change my mind later, I’ll check it out again. After all, I don’t think I have any similar shade in my pretty extensive blush collection! :P

Another offering for Chanel Fall 2008 is Gold Fever. It looks scary bright yellow gold in the pan, but goes on sheer as a highlighter. Gold Fever brought to mind El Dorado, a previous Chanel gold highlighter. I’d seen it and played with it once a while ago, and from my vague memory, its similar. Perhaps it is just El Dorado reintroduced? After all, El Dorado, Gold Fever… its about the same theme anyway heh… This one’s limited edition and it does make a really pretty highlighter. With Christmas just round the bend (don’t laugh!) it might be time to pick up something that can serve well during the party season.

I also swiped the Chanel Eyeshadow Palette Reflets d’Ombre 94 to test the texture. I had a Chanel eyeshadow palette previously which I gave away because I found the colours too sheer. This time, I was surprised. The eyeshadow felt softer to the touch and when swiped on my skin actually showed up! They were still sheer, but the colours showed up shimmery and the darker colours did look quite good. I was rather taken in, but told myself not to be caught up a second time! The Asia version is round while the USA version comes in squares. The colours appear to be the same.

That was about all I was interested in from Chanel so that’s all I tested. There are other stuff – nail polishes, lipsticks, lip gloss… all of which did not interest me, so I skipped them.

Remember the Estee Lauder Shimmering Pearls highlighter I showcased last week? I was hoping to try it but none of the Estee Lauder counters I went to seemed to know what I was talking about! The sales assistants, whilst not unfriendly, was adamant that it did not exist… until I told them it cost RM140 and therefore should be available. It turned out its exclusive to selected Estee Lauder counters, so I have to drag myself down to either KLCC or Pavilion one of these days. Bother!

PREVIOUS POST: Watch out for a giveaway happening next week!
NEXT POST: Getting ready for a Blind Date or First Date + A Giveaway!