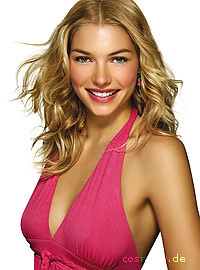 Its only December, but Bobbi Brown’s Spring 2008 collection is already generating lots of interest with its Raspberry Pink theme. I got this picture of the model off cosmoty.de which is a German site.

I love the way the pink looks on the cheeks. It looks so fresh and bright on the model. I’m not quite sure how it’ll look on me though, but its definitely got my interest, seeing as to how I really love blushes.

The eyes look quite normal Bobbi Brown neutral colours, which is usual but the lips look nice too. I don’t usually go for Bobbi Brown’s palettes because I’m not much into palettes that have lip products in them, but this new Raspberry Pink palette is definitely stoking a lot of interest in my book! It goes on sale in the USA after Christmas but I suppose we should only expect it here in Malaysia some time in February.

Here is a picture of some of the products courtesy of makeupbag.net. 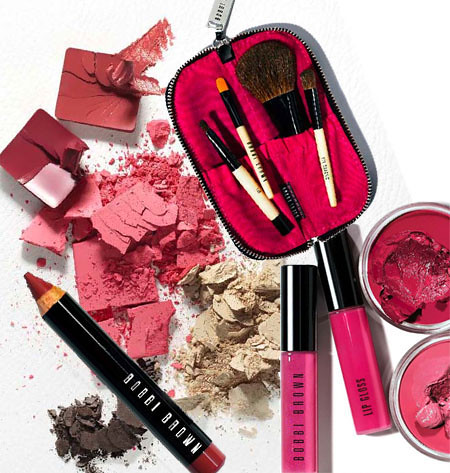 The items in the palette are:

I’m falling all over the Pink Raspberry blush of course so it would be nice if they made it a single at some point. I’ll have to check it out in person too to see if it’ll suit my skin. There are also lip crayons and pot rouges and lip glosses, and to top it all off, a brush set. Honestly, other than the inside of the pouch being pink, I can’t see how this brush set is very special compared to the rest of Bobbi Brown’s brush sets. Its not as if the handles are pink. So yes, definitely something to look forward to from Bobbi Brown this Spring 2008!