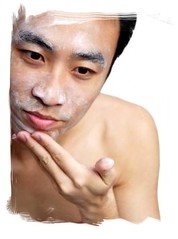 I wrote a previous article on whether men really needed their own line of skincare products and I said I did not think so for various reasons set out in there.

However, when I investigated further online, I discovered that not only are there many lines of skincare for men, there is a whole website dedicated to men’s skincare in Mankind which is based in the UK and stocks men skincare lines like Lab Series and Dermalogica to name just two.

Men are clearly starting to take better care of themselves and groom themselves better by taking care of their skin. Age is something that affects everyone, not only women and I think men have realised that with women being more independent these days, men too have to keep up appearances.

I may not think much of menâ€™s skincare lines, but I am a great advocate of men (and women) taking good care of the skin. To me, there is nothing effeminate about men using skincare and especially sunscreen, because I think the days of having leathery skin like the infamous Marlboro Man is past. Further, its unhealthy. I observed once to a friend that many top corporate figures seem to have pretty good skin and nicely manicured nails. I suppose at their level of success, it is not only important for them to be able to perform, but it is equally important to look good too for people do place credibility on looks, no matter what others say.

I can imagine that most men fear being labelled a â€œmetrosexualâ€ because its not â€œmanlyâ€ to indulge in skincare or facial treatments. However, I think there are benefits to being a metrosexual without going overboard, of course. Men who look after their skin by using proper skincare products and going for regular facials, more often than not, attract more attention of the opposite sex. It might just be all to do with the changing perception of male beauty.

In Asia, the craze is now all about Korean tv and pop stars. Previously, it was all about Japanese stars. The common trend to be noted is that these Asian stars not only have smooth good skin, they endorse men’s skincare products too (and sometimes, even women’s). I suppose it makes it less of a stigma for the men who want to look after their skin, to look like their favourite celebrities.

The men around me have a skincare regime and use sunscreen religiously so maybe my perceptions on this issue could be a little biased. That said though, while I’m all for men using skincare, I draw the line at them taking up more dressing table space then I do. Some areas of the bedroom are still a woman’s domain eh? 😉

What’s your take on this then?

9 comments ... Read or JOIN THE DISCUSSION