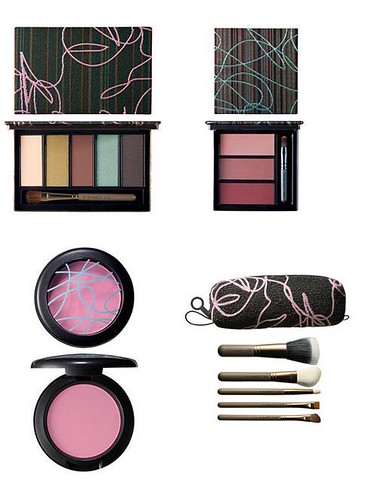 You may not see it on the MAC Cosmetics site because its not a collection being released under MAC. It is a limited edition collection for Nordstrom department store in the USA called Novel Twist.

I am no M.A.C cosmetics fan and honestly, they have been releasing more collections than I can keep up lately. I will write more later about why M.A.C does not work for me. For fans of this cosmetics line however, this is something to keep an eye out for. I am quite interested in the brush set though even though I know brushes in sets aren’t as high quality as single brushes. The brush set will retail for RM220.